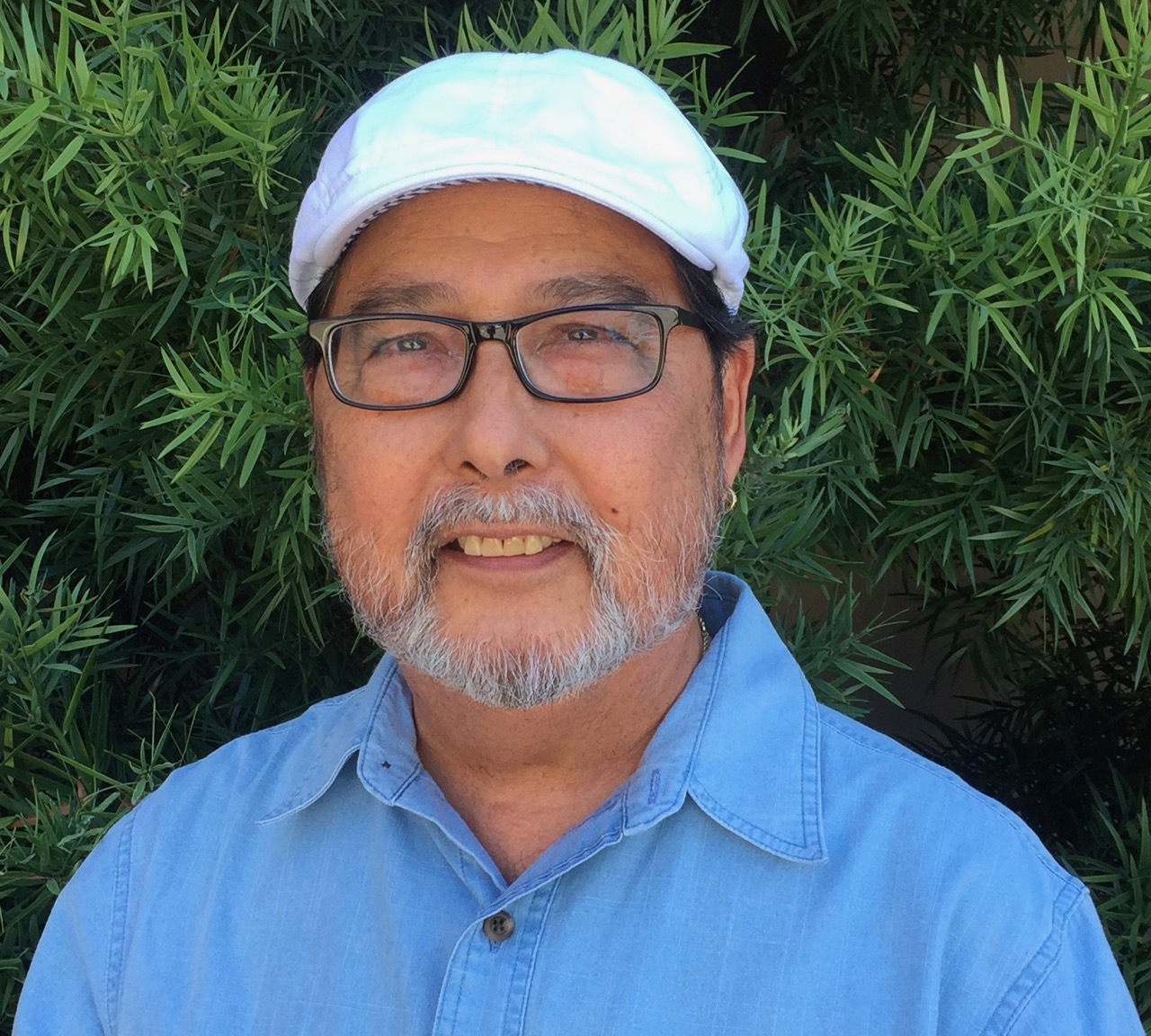 A friend of mine was enjoying his life—he was intelligent, had a good career and a happy home life. Then, as he said, “cancer happened.” Without treating his particular form of blood cancer, a doctor gave him three years to live. He said, “I crumbled and wept upon hearing those words.”

I met Ed Oasa only about three years ago. He showed up at my “Introduction to Buddhism” class at the Berkeley Adult School, and, although he wasn’t much older than I am, carried an oxygen machine with a plastic tube wrapped around his nose. He grew up in Hawaii in the 1950s and remembers going to memorial services at Buddhist temples, but not much else about Buddhism.

Now that he was sick, he was motivated to learn about the Buddhist teachings. I can share with you his story because he wrote two articles about his spiritual journey for this website, in the fall of 2019 called “Facing Humility,” and last year, called “Facing Impermanence.”

He was an intelligent and studious person, who had a Ph.D. in political science and had been a researcher at the University of Kentucky and in Germany. But pursuing an academic career was tough so he switched gears and became a private investigator, earning a good living working on legal cases, which he did for many years.

Then, came his diagnosis—that’s when his career, health, and whole life came to a screeching halt. He easily became short of breath and had to rely on a portable oxygen machine he carried throughout the day. At times his head felt fuzzy and he couldn’t focus his thoughts. His life became a series of doctor’s appointments, medical tests and medications. At one point he spent a week in a medically induced coma and woke up with a ventilator in his mouth. Out of desperation, he wanted to forego all treatment and go on hospice, but was talked out of it by his wife. He said he felt “humiliated.”

He hated this new life. He had enjoyed taking long walks, hiking, gardening, bike riding, and traveling. In his words, it was a life of accomplishments, self-definition, and independence. Now he wasn’t able to do any of those activities. He could never again fly back to Hawaii to visit family. He said he felt naked and vulnerable because he was so dependent on others. He could not control his future.

Friends tried to encourage him and told him to “stay positive.” They told him, “Be a fighter,” “You can beat this thing.” Somebody even gave him a pair of boxing gloves. He knew they meant well, but he really didn’t appreciate these thoughts. What did they know about his suffering? No way could they relate, he thought.

In a cancer support magazine, he learned of a Sanskrit expression: “Suffering is holding onto something that has already changed.” He sometimes repeated this phrase word for word.

But no matter how hard he tried, his mind sank deeper and deeper into negativity. He had to do something.

He’d do the opposite, something “positive.” He would use this new life to “grow” mentally and intellectually. He began reading books about history, philosophy and politics. He read the classics of American and Russian literature.

But he grew tired of reading and studying. He wondered, “For whom am I doing this, for what purpose? Who am I trying to impress? What’s the point of being cultivated and learned?” His wife told him not to be so hard on himself. Trying to “grow” was a “natural human” response.

He decided to explore Buddhism. He came to my Buddhism class at the Berkeley Adult School. He also started going to services at the Berkeley Higashi Honganji temple, listening to Rev. Ryoko Osa’s dharma talks. He started attending Saturday lectures at the Maida Center of Buddhism and learning from Dr. Nobuo Haneda.

When the temple and center closed during the pandemic, he continued participating online, reading books, listening to Buddhist lectures on Youtube, and studying writings on the Internet. We regularly met to discuss his thoughts and what he was studying. We got together at the temple, coffee shops, and my house.

He came to realize he had confused humiliation with humility. Actually, he said, he felt humbled. He had thought life was his to control as he desired. He had thought, “I live life.” Now he realized “Life lives me,” a phrase reminiscent of Higashi Honganji’s slogan some years ago: “Now, Life is Living You.”

He also began to understand the meaning of impermanence. He didn’t like it, and had a hard time accepting it, but he understood its truth. This understanding came to him through his illness, which he had despised, which he thought was his enemy that had unfairly targeted and attacked him. Afterall, this was an illness he was supposed to fight and conquer. Instead, he realized that illness taught him much about life. He appreciated the words of Buddhist scholar Taitetsu Unno, who wrote in the book “River of Fire, River of Water,”  “Illness, too, is my good friend.”

In his journey, a big turning point came, when he was perhaps sinking to the lowest point, mired in dark thoughts about losing control of his life, about all the things being taken away from him, about all the things that he could no longer do. Then he heard his sister, whom he was close to, could not bear to speak to him, because of her sadness. He realized he had been thinking only about himself, and hardly about others.

“I’m grateful for my sister’s words,” he said. “They taught me to go beyond my entitled self. I am grateful to her and my brother. Even though they don’t live nearby, I have felt their constant presence, reminding me that life is precious.”

Most of all, Ed was grateful to his wife, who ever since retiring from her job, had been his constant caregiver, constant companion, constant supporter, and constant source of strength. He frequently mentioned her name whenever we met. “It may be a cliché to say,” he said, “but there are no words to say thank you to Shellye. My gratitude is beyond words.”

Ed got better, his medical readings vastly improved and he no longer needed oxygen during the day. His illness seemed to magically disappear. Then last summer, worrisome signs appeared that this dreaded cancer had returned. Ed knew his prognosis was terminal and that death was just over the horizon. He wrote, “having no hope is not a bad thing, because it also means I have no fear of the illness. The duality between hope and fear has disappeared. With this loss comes the freedom to appreciate what life brings.”

Last month, Ed invited me to his house, where on a sunny day we sat outside on his balcony, chatting about his new favorite subject, Jodo Shinshu. He was feeling good, and he was vibrant and talkative. He looked fine. You wouldn’t suspect he was sick. We had a good time chatting about Shinran Shonin, the Buddhist reformer Manshi Kiyozawa, and what Dr. Haneda said in class. When I left, he mentioned the third article he wanted to write for the website.

Then, two weeks later, Ed entered the hospital with a high fever. A few days later, with Hawaiian music playing softly in the background, and Shellye at his side, he peacefully passed away.

I tell you this story because it’s a journey about somebody who thought he knew what life was all about. He thought it was about choices, control and independence—about what he wanted and what he chose to accomplish. But illness took away that world, and in its place, he found a world where his connection to others was most important. He started that journey just a few years ago, and in a very short time, traveled a great distance that might take others a lifetime.

I’m reminded of Shinran Shonin, when he heard about the passing of a devout member of his Sangha named Kakushin. In response, Shinran dictated a letter to a disciple in which he mentions Kakushin. Later, the disciple wrote:

“I read this letter to (Shinran) in order to see if there were any errors; he told me that there was nothing to be added, and that it was fine. He was especially moved and wept when I came to the part about Kakushin, for he is deeply grieved by his death.”

I also wept when I heard about Ed’s passing. But I am thankful I got to know him in these three short years. I call him a dear friend and someone I have learned from.

If you think about it, gratitude and appreciation are the greatest ways we can “return” kindness and the compassion we have received. It is greater than giving someone an expensive gift that costs lots of money. Because this kind of gift is rooted in wisdom, the understanding that one’s life is the result of our connections to others. The flow of these connections is what Shinran called “Great Compassion.”

Shinran lived to be almost 90 years old. At the end of his life, when he was losing his eyesight, when he was frail and forgetful, he wrote:

“How joyous I am, my heart and mind grounded by the Buddha’s teachings, my thoughts and my feelings flowing from the Dharma ocean. I’m deeply aware of Great Compassion and sincerely revere and appreciate what I came to understand from the teachers before me. My joy grows ever deeper, my gratitude and indebtedness ever stronger.”

Shinran Shonin encourages us to come to a deep understanding about ourselves, and to appreciate our life and the lives of others around us. Thanks to Shinran, we have our temple, where we can hear the dharma and these words of truth, and we have our sangha, our community, which gives us support and encouragement.

Recently, we observed Hoonko, Shinran Shonin’s memorial, which means returning our debt of gratitude. It’s a time to think about Shinran Shonin and all the others who continue to teach us about life. For me, I am thinking of my friend Ed Oasa.