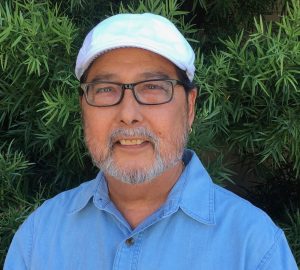 My illnesses changed my life in ways unimaginable. Ultimately it led me to seek answers in Shin Buddhism.

As a youngster born and raised in Honolulu, Hawai’i in the 1950s, I accompanied my parents and grandparents to religious events like weddings and funerals at local Honpa Hongwanji temples. I distinctly remember other people and priests saying Nenbutsu, “Namu Amida Butsu.” While aware I was in a Buddhist temple, I didn’t know the meaning. I didn’t know if my elders understood either. Nobody in my family talked about religion.

My life took a conventional route of pursing an education, marriage, and career. In 2016, I became sick. Over a two-year period, I was diagnosed with cancer and began receiving treatment. Then I had an almost fatal bout with a cancer-related illness, which landed me in a hospital for two months, including a one week induced coma with intubation, two weeks of intensive care, and five weeks of intermediate care.

I returned home with permanently damaged lungs, in poor physical health, with a reliance on supplemental oxygen 24 hours a day, and facing three months of visiting caregivers and physical therapists. My illness forced me to retire, shutting down a career as a self-employed private investigator. Talk about impermanence!

The realization of impermanence was humbling. I was humbled by new limitations on my life. I needed help to stand, walk, and even sit. I needed help cleaning and dressing myself. I needed an oxygen tank constantly by my side. Thank goodness for the compassionate help of nurses, physicians and their assistants, physical and occupational therapists, and hospital spiritual advisers.

I was so grateful for the love, daily support and attention from my wife, my sister and brother, and other family and friends. They watched me sink into a state of demise. Doctors were vague about the extent and duration of my recovery, saying that it could take months or even years. No one would say. Later I learned they didn’t even expect me to leave the hospital.

I disliked being humbled. I disliked this new life of mine. I confused humility with humiliation because I led a life of accomplishments, self-definition, and independence. Now my life seemed the opposite. I felt naked and vulnerable because of my dependency on others. I was unable to control my future.

In this confusion, I kept thinking of a Sanskrit saying in a cancer support publication: “Suffering is holding onto something that has already changed.” I didn’t know exactly what this meant, but during those long months of treatment, I sometimes recited this phrase word for word.

This saying came to me in the depths of my forced humility. My response was to do the opposite. Mired in negativity and physical decline, what better way to react than to do something “positive,” using this new life to “grow” mentally and intellectually? I began reading about history, philosophy and politics, which were my favorite topics, and also about classical Russian and American literature, which I read a little in high school.

Although jazzed about the idea of “growing,” I couldn’t shake the feeling of humility. It didn’t go away. I grew tired of reading and began asking questions such as, “For who and what purpose am I doing these things? Am I trying to impress someone? What’s the point of being cultivated and learned?” My wife told me not to be hard on myself, that trying to “grow” as a person was a “natural human” response.

Still, humility and the Sanskrit adage dogged me. It was clear “humility” and “something that has already changed” were inextricably tied. I decided to explore Buddhism.

Earlier this year, I enrolled in an introduction to Buddhism class at Berkeley Adult School taught by Rev. Ken Yamada, editor of Shinshu Center of America. I only managed to attend three sessions because illness struck again, hospitalizing me for two stays.

I’ve learned Buddhism addresses suffering. I read that Buddhism is about humility. I learned the cessation of suffering is found in suffering itself. How profound that humility is the source of its resolution!

As I’ve regained more strength, I also began attending weekly Shin Buddhist study classes led by Dr. Nobuo Haneda at the Maida Center of Buddhism. I learned humility is critical to self-understanding. Ultimately, we aspire to shed our ego. I learned humans, without really knowing, long to discover their True Self, a self not based on ego and selfishness.

I connected with these basic tenets, realizing humility remains a constant because it lays the foundation of human existence and life. The notion of True Self reflects wisdom learned from humility. I now feel privileged to be humbled by life’s impermanence.

Studying Shin Buddhism has become both an intellectual and spiritual pursuit. There’s no reason to justify why I’m doing it. It’s just happening.

I couldn’t come to this understanding alone. I’ve been helped along this path by the Shin Buddhist teachings. For this, I am grateful.

Ed wrote a followup story, read about it here.