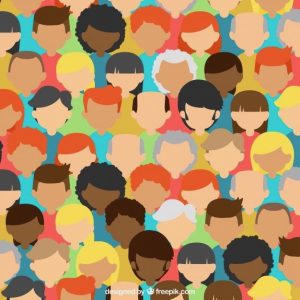 Recently, many of our cities were on fire, sparked by anger and despair from racism, discrimination, and systemic violence. Adding to the discontent were concerns about healthcare, civil rights and frustration with those in power. Armored police marched through the streets like maurading armies.

Cause and effect—karmic conditions from a distant past—brought us to this moment. Lenin’s words come to mind: “There are decades when nothing happens, and weeks when decades happen.” It’s overwhelming. I felt powerless, unable to change in the world.

Rev. Blayne Higa of Hawaii’s Kona Hongwanji temple posted on his blog a poem called “I Woke Up,” capturing my mood:

I woke up and George Floyd (a black man) was killed by a white police officer who took a knee on his neck for 8 minutes.

I woke up to cities burning because people are tired of injustice and inequality.

I woke up to protesters being shot for exercising their rights.

I woke up to a President who called for fellow citizens to be shot for lawfully protesting.

I woke up to white protesters with guns allowed to enter a State Capitol and disrupt a legislature in session without penalty.

I woke up to a President who called COVID-19 a “Chinese Virus” and Asian-Americans have been attacked.

I woke up to people feeling outraged that they should actually give a damn about other people by simply wearing a mask.

I woke up to the headline Two Deadly Viruses are Killing Americans: COVID-19 and Racism.

I woke up to what is “normal” in America.

I woke up to the truth of white supremacy which is destroying our nation.

I woke up to realize my place as a minority in America.

I woke up crying Namo Amida Butsu for all who are suffering.

I woke up crying Namo Amida Butsu for myself.

I woke up crying Namo Amida Butsu for the healing of our communities.

I woke up crying Namo Amida Butsu because all I can do is entrust.

Every day I wake up to the working of greed, hatred, and ignorance in our world.

Every day I wake up to the working of wisdom and compassion which has turned my heart toward justice and love.

Every day I wake up to Namo Amida Butsu.

Every day I wake up ready to help build the America that should be.

Every day I wake up ready to try.

Although my mind was spinning, Shinran Shonin gave me a blueprint for seeing the true nature of the world. He deeply reflected on the “Larger Sutra on the Buddha of Infinite Life,” and the story of how Dharmākara, a king who renounced the throne to seek spiritual truth, eventually became Amida Buddha.

At that time there was a king who, having heard the Buddha’s exposition of the Dharma, rejoiced in his heart and awakened aspiration for highest, perfect enlightenment. He renounced his kingdom and throne, and became a monk named Dharmākara.

(The Larger Sutra on the Buddha of Infinite Life)

In ancient times, the idea that a king would willingly give up his crown was unfathomable. Kings typically held onto power, unless they were usurped, assasinated, or died of natural causes. Even Shakyamuni Buddha, who was Prince Siddhartha before becoming enlightened, was expected to become king. His renunciation of the throne caused great turmoil in his family and kingdom.

In the Larger Sutra, Dharmakara resolved to become a Buddha, making 48 vows to liberate all suffering beings. Recently, I’ve thought much about the 3rd Vow and 4th Vow.

3rd Vow: If when I attain Buddhahood, humans and devas in my land should not all be the color of pure gold, may I not attain perfect enlightenment.

4th Vow: If, when I attain Buddhahood, humans and devas in my land should not all be of one appearance, and should there be any difference in their beauty, may I not attain perfect enlightenment.

You may think it strange that everyone should be the same color—gold. Doesn’t that erase our individuality and unique differences, forcing us to conform? On the contrary; I think seeing everyone as gold means all people are equally precious and unique, free from any prejudice or judgement based on biased views.

This country is comprised of a wide diversity of people, making it a wonderful place to live. It’s like the “mixed plate lunch” here in Hawaii. Without the Portuguese, Chinese and Japanese, mixing with the Native Hawaiians, we wouldn’t have this wonderful food, unique to these islands. This diversity is not something to fear; it is our strength.

In his writings, Shinran used the expression, “bits of rubble turn to gold:”

That Buddha in the causal stage, made the Universal Vow:

When beings hear my Name and think on me, I will come to welcome each of them,

Not discriminating at all between the poor and the rich and wellborn,

Not discriminating against the inferior and the highly gifted,

Not choosing the learned and those upholding the pure precepts,

Nor rejecting those who break precepts and whose evil karma is profound.

Solely making beings turn about and abundantly say the Nenbutsu, I can make bits of rubble turn to gold.

(From “Essentials of Faith Alone”)

Jodo Shinshu teachings show us this wonderful alchemy, turning our minds towards true reality, helping us see beyond our prejudices and self-centered views. It means turning something worthless into something precious; turning hate into compassion; turning an angry world into a peaceful world.

Amida Buddha’s Pure Land is where comparison and judgement aren’t necessary. Amida consists of the Sanskrit word, “A-Mita,” which means “not measurable.” Therefore this wisdom is infinite, shining everywhere in the universe, helping us create a life of Oneness and peace. Otherwise, we live in the “Saha” world, a world plagued by “opposites,” where there’s constant conflict and fighting.

In the story of Dharmakara, being king means sitting atop a hierarchy where all others are below. This kind of hierarchy existed, not just in ancient times, but still today, where we think we are superior to others. The Buddha tells us these judgements exist foremost in our minds, which means, transcending these judgements requires that we change our perception.

In the text Tannisho, Shinran says, “all sentient beings, without exception, have been our parents and brothers and sisters, in the course of countless lives in many states of existence.” This means we are all connected. We exist because of other people.

Shinran welcomed everyone as dobo dogyo, “brothers and sisters walking the same path.” He taught we all are embraced by the compassion of the Dharma teachings. They encourage us equally to find strength and compassion in life, to recognize our dependence on others, and to do our best for other people. A Japanese phrase, “Okagesama de,” which means “I am, because you are,” echoes this truth.

In today’s world, what happens to a Black man in Minneapolis affects us here in Hawaii or wherever you are, because we are all inter-connected. We are One community, One country, and One world. There can be no justice and no peace, unless all of us are free from hatred, discrimination and violence. Let us all work together to turn “bits of rubble into gold.”

-Rev. Toyoshima is minister at Higashi Hongwanji Mission of Hawaii in Honolulu.