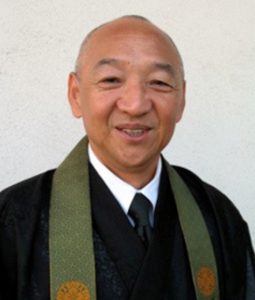 Our country—one of the world’s most advanced nations—is a leader in senseless tragedy. Already this year we’ve had many mass shootings and innocent deaths. How do we understand what’s happening through the Buddhist teachings?

I think it’s human nature to regard life as precious, especially for our family and friends. But there’s a danger. Sometimes that feeling doesn’t extend to people who don’t look or think like us. We’re all guilty.

Buddhism teaches all lives are precious and encourages us to see all living beings through the eyes of compassion. However even if we control ourselves and try to live harmoniously with others, we still find ourselves choosing sides—liking and disliking certain people, believing we’re right and others are wrong.

According to the Dhammapada, a record of the Buddha’s sayings: “Hatred does not cease by hatred, but only by love; this is the eternal rule.”

However, the Buddha also said we all are afflicted by the Three Poisons—anger, greed, and ignorance. These poisons cause us to be self-centered, creating conflict in life.

According to the Sutta Nipata, another Buddhist text:

The one who thinks himself equal or inferior or superior to others is, by that very reason, involved in argument. But such thoughts as equal, inferior, and superior are not there in the one who is moved by such measurements.

Why should a wise person argue with another, saying: ‘This is a truth’ and ‘This is a lie’? If such a one never entertains a thought about equal, inferior, or superior, with whom is he going to argue?

Our spiritual forebear, Shinran Shonin, upon deep self-reflection, understood he could never rid himself of these poisons and be truly compassionate. He referred to himself as “evil.”

A colleague of mine in Hawaii once said, “Imagine every person in the world is enlightened but you. They are all your teachers, each doing just the right thing to help you learn perfect patience, perfect wisdom, perfect compassion.”

A theme of our Higashi Honganji denomination was “Living Together in Diversity, Learning to Accept our Differences.” I also would add, “respect others who are different from me.” Accepting and respecting other people, even if we disagree with them, is important and necessary in our world today. In this way, let us work together in creating a more compassionate, peaceful and understanding world.