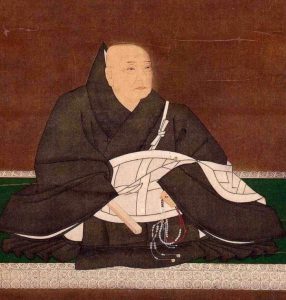 In the midst of the coronavirus pandemic, we should learn deeply from the perspective of Buddha.

I would like to share letter (Japanese: Ofumi),  “On an Epidemic,” written by Rennyo Shonin in June, 1492. Rennyo (1415-1499) is considered the second founder of Jodo Shinshu Buddhism, after Shinran Shonin. He wrote many letters instructing followers on the teachings.  Incidentally, today is Rennyo’s memorial day, when many Jodo Shinshu temples hold services remembering him.

Recently, people have been dying in great numbers, reportedly from an epidemic. It is not that they die primarily because of the epidemic. It is [because of] determinate karma that has been settled from the first moment of our births. We should not be so deeply surprised by this. And yet when people die at this time, everyone thinks it strange. It is really quite reasonable.

Amida Tathāgata has declared that he will unfailingly save those sentient beings who single-heartedly rely on him—ordinary beings in the last [Dharma] age and people like ourselves, burdened with evil karma, however deep the evil may be. At such a time as this, we should entrust ourselves to Amida Buddha all the more deeply and, realizing that we will be born in the Land of Utmost Bliss, relinquish every bit of doubt, steadfastly and single-heartedly acknowledging how gracious Amida is.

Once we have understood this, our saying “Namu-amida-butsu, Namu-amida-butsu”—sleeping or waking—is an expression of gratitude conveying our joy and thankfulness [that Amida] really saves us in this way.

This, in other words, is the nenbutsu of gratitude for the Buddha’s benevolence.

During Rennyo Shonin’s time, there were many epidemics in Japan compared to now, and many more deaths due to natural disasters, civil wars and illness. Rennyo witnessed first hand the deaths of his wives and children.

In this letter, he wrote:

It is [because of] determinate karma that has been settled from the first moment of our births. We should not be so deeply surprised by this.

What does Rennyo mean by saying “determinate karma?” This is a crucial term to understand.

Various Buddhist traditions over the ages proffered different interpretations of karma. A good way to understand it comes from Shakyamuni Buddha.

My understanding of karma was clarified by the teachings of Shinran, and another teacher, Manshi Kiyozawa (1863-1903). Rev. Kiyozawa was a Higashi Honganji minister and the first president of Higashi’s Otani University.

Right now, we are trying to act to reduce the spread of the Covid-19 virus, hoping to lessen our chances of getting sick. This type of action can be called karma, and of course, we should do our best. But despite such efforts, if I get infected and quickly die, this is also called karma.

We all are mortal. This means that because I was born, I will die someday. Birth and death are inseparable. There can’t be one without the other, which means my death was “determined” as soon as I was born.

I don’t know when or how I will die. Sooner or later, it will happen, the result of innumerable causes and conditions that create my life. We like to think we know the “cause” of death by pointing to an illness like cancer, a traffic accident, old age, murder, or a natural disaster like an earthquake. And yes, it could even be a pandemic, such as what’s happening now. Whatever it is, I don’t know. To me, this is “determinate karma.”

That’s why Rennyo Shonin wrote: “It is [because of] determinate karma that has been settled from the first moment of our births.”

People wonder, “If my karma was determined at birth, does that mean I can’t change my karma (outcome)?” But this view represents fatalism, that somehow our entire lives are already pre-determined, and that we can’t change anything. This is not the Buddhist view.

This kind of thinking is dualistic, which means splitting life into two views, such as “good and bad,” “life and death,” and “karma and I.” Buddhism is the teaching of “non-dualism,” meaning everything is One. Everything is inter-connected, which means One. There are no opposing views or forces.

To me, my existence is karma, and vice versa, karma is my existence. Therefore all actions I do, say and think are karma. Karma and I are One.

Ryojin Soga (1875-1971), a Shin Buddhist minister and Higashi Honganji scholar, put it another way: “Nyorai (Tathagata) is me…Nyorai becomes me and saves me.” (Japanese: 如来は我なり…如来我となりて我を救いたもう”)

This is the essence of Namu-Amida-butsu, reciting Amida Buddha’s name, which we do in our Jodo Shinshu Buddhist tradition. There is no dualism in “Nyorai and me.”

If we become aware that “karma is me,” we understand Kiyozawa’s words, “It isn’t life alone that makes up what we are. Death also is part of us.” (Japanese: 生のみが我らにあらず、死もまた我らなり)

When Shakyamuni Buddha became enlightened, he became aware of the Oneness of life, “non-duality” (Japanese: 不二の法門 ). The Buddha understood that all phenomena, existence, is karma. That life in the physical and mental spheres consists of innumerable interconnections of causes, conditions and effects. Everything in life is due to accumulated causes, conditions and effects from beginningless time.

That’s why Soga says, “Nyorai is me.” Nyorai is the universal working of Truth becoming me.

Kiyozawa wrote the following passages in his essay, “Great Path of Absolute Power beyond the Self” (Japanese: 絶対他力の大道):

Our true self is nothing but this: committing our total existence to the wondrous working of the Infinite, then settling down just as we are in our present situation.

So we should simply enjoy what has been given to us by the Infinite.

The myriad changes and transformations of all existing things in the universe are the wondrous working of the one great, inconceivable power.

We are powerless not only with regard to things before our birth and after our death, but also with regard to the arising and vanishing of our thoughts in this very moment. We are absolutely within the hands of Power Beyond the Self.

To me, these passages speak of the truth of karma.

Even as I write these words, I feel it is nothing but the wondrous working of karma since beginningless time. To me, this is expressed in Jodo Shinshu as Amida Buddha’s working in immeasurable time and space.

Rennyo wrote a letter, known as “White Ashes,” which is commonly read at funerals and memorial services. He wrote:

“Impermanence in this world creates a condition of uncertainty for young and old alike. Therefore, let us immediately take to heart the true nature of this world, and from here after, live a life of deep reflection, guided by the words, Namu Amida Butsu.”

The “true nature of this world” and “from here after” (Japanese: 後生の一大事) mean I am mortal, that sooner or later, because of determinate karma, I will die. Rennyo implores us, from this moment, to live spiritually in the realm of non-dualism, beyond the world of life and death. To me, this spiritual realm is “the Pure Land of Utmost Bliss”.

Rennyo also said, “Amida Tathāgata has declared that he will unfailingly save those sentient beings who single-heartedly rely on him.” To me, this means if we single-mindedly and steadfastly become aware that all actions are determinate karma, we may live and die in spiritual freedom. In other words, we may freely live without clinging to life and without fearing death.

To be saved by Amida Buddha, “ Tathagata,” means becoming a person who cherishes this kind of spiritual freedom.

We should take refuge in determinate karma and do our best.

2 Replies to “Epidemics and Karma”