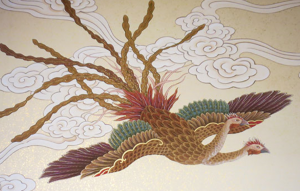 What would we do if Waikiki beach disappeared? Where would we live if places like Southern California were submerged by rising sea levels caused by climate change? How can we survive heat waves and weather disasters stoked by rising ocean temperatures?

These are my thoughts since the United Nations published a report on climate change recently . The world is heating up and we’re feeling the effects. The past few summers saw record temperatures, devastating wildfires and massive floods around the world.

Before the pandemic, I joined a book club sponsored by the Hawaii Association of International Buddhists and we read “Ecodharma” by David Loy, a professor of comparative religions and Zen Buddhist teacher. He often writes about socially active Buddhism. His book discusses how to look at and approach the gigantic issue of climate disaster from a Buddhist perspective.

Like a first step in Alcoholics Anonymous, the starting point is recognizing there’s a problem and we human beings are responsible. Vast sums of money were spent on campaigns devised to convince us otherwise, saying environmental damage is minimal and reducing consumption of natural resources is too expensive or risky.

Human beings utilize natural resources to eat, work and play—essentially to live. This was true since humans first walked the earth. Advancements in technology make possible extracting these resources faster than ever. The world has become a global economy, harvesting resources not just for local use, but for sale worldwide.

In “Ecodharma,” Professor Loy gives an example how worldwide demand for tuna used for sushi and sashimi put bluefin tuna in danger of extinction. Instead of trying to reduce consumption, changing eating habits, or developing sustainable farming, companies began stockpiling frozen tuna in giant freezers in hopes of profiting when global supply tightens.

Humans live with a mind of entitlement, thinking we’re masters of the Earth and may do whatever we want. This egotistical view sees ourselves and Nature as separate.

Much like clinging to the idea of staying healthy and young forever, humans seem to think our society will grow and prosper forever. The reality of life is that human civilization is more fragile than we think.

The Buddha didn’t talk about Climate Change but he did talk about interdependence and the relationship all sentient beings have to each other and their surroundings. Life exists on this planet due to countless interconnected living beings, both visible and invisible.

We all live in a delicate balance, dependent on each other to survive. Animals and plants we consume to survive, water we need to drink, and air we breathe, all are harmed and destroyed by pollution we create and resources we hoard.

The Amida Sutra, a primary sutra studied in Jodo Shinshu Buddhism, uses a metaphor of a two-headed bird for the dangers of our self-centeredness while living in an interconnected world. Like these two-headed birds, we share the same body (the earth) with all other living beings. If we kill these other living beings, we essentially are killing ourselves. If we destroy the environment in pursuit of economic gain, we as a species also will be destroyed.

The UN report makes clear climate change is an urgent crisis requiring us to change the way we consume, power our machines and live. But first we must change the way we think about the environment and our relationship to it. After all, we live in a world of interdependence, and that means we are part of a larger ecosystem. Understanding means taking personal responsibility, changing our behavior and working towards change. Otherwise, we’ll see a world where Waikiki beach vanishes beneath the waves.

-Rev. Toyoshima is a minister at Higashi Hongwanji Mission of Hawaii in Honolulu.