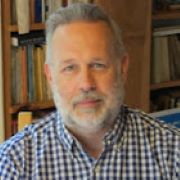 Must we crash on the rocks of life or exhaust all avenues to find true faith? I tried different Buddhist traditions but wondered if spiritual awakening was possible without experiencing great doubt and intense pain.

Finding Shin Buddhism, I thought: Can a conversion of the mind occur without exhausting self-power? Must I cast my lot to Amida Buddha’s house of compassion? Should I?

Jodo Shinshu teachings often speak of hitting a wall—dead end—and the struggle to realize faith. Both Honen and Shinran experienced a bottoming out, then a deep understanding after realizing the stark reality of their limitations.

I briefly tried Zen Buddhism, then Tibetan Buddhism, but eventually moved on. I remember all the Buddhist books in stores during the 1990’s. My favorites were written by the Dalai Lama and Thich Nhat Hanh. A hungry public ate them up and so did I. Mixing and matching different traditions, I selected what I liked from each. Back then, it was all new and exciting. I was looking for one magic pill that was easy to digest and that would solve all my problems.

After years of struggle, doubt, disappointment and frustration, I realized that picking and choosing what I like doesn’t lead to deep insight because what I really lacked was self-reflection. I did not honestly think about and reflect on my own thoughts and actions. I came to understand this as the necessary hard work of following the Buddhist path.

Before, I tended to look at the Buddhist teachings as a “doctrine,” akin to something that I must believe, in other words, a kind of blind trust. My mind seemed hard-wired to accept or reject Buddhist teachings based on how I judged them. They had to fit my own narrative and align with my existing worldview and beliefs. I stubbornly held firm to this viewpoint and dismissed all doubts. I ignored any feelings that contradicted my beliefs, which actually made me uncomfortable. I guess that’s why after 15 years, I felt stuck and was frustrated with Buddhism. Feeling disappointed, I was ready to abandoned the Buddhist teachings.

Then I encountered Jodo Shinshu, which I found starts with acknowledging we’re all bombu—ordinary unenlightened beings and “fellow travelers” walking the same path. To me, this was a down-to-earth teaching that stressed the importance of the journey or struggle. By contrast, other Buddhist traditions seem to start by saying we’re already “enlightened” and that we just need to “return” to that mind, a viewpoint to which I couldn’t relate.

I dipped my toe in the ocean of Shin Buddhism and immediately learned about “Self-power,” “Other-power,” “Nirvana,” and phrases such as “Nembutsu in gratitude,” and “birth in the Pure Land.” I remember the difficulty of saying, “Nembutsu in gratitude.” I couldn’t grasp the idea that “we are moved” to recite Nembutsu, or that faith is the heart of Shin.

Before meeting Rev. Miki Nakura at the New York Buddhist Sangha, I had no teacher who could explain these difficult concepts. Alone, I read many Shin books and perused online resources for answers, but only seemed to find people voicing their selfish opinions, gripes and entrenched positions.

I struggled with Shin concepts and teachings. Were these foreign and obscure teachings relevant to my life? Could they provide the support I desperately needed?  How do they translate to spiritual awakening, or a “as I lay dying” kind of faith. The teachings always seemed beyond my reach. For years I struggled to understand, waiting for a great truth to be revealed.

I often read Buddhist texts like I read novels, without thinking much and expecting to see a plot and lesson revealed over time. That’s why when reading Shinran Shonin’s master text Kyogyoshinsho, I was utterly confused, and frankly bored. It was dry and academic. I figured it had something to say, but like a difficult puzzle, I couldn’t put the pieces together.

Eventually after many tries, certain phrases jumped out, such as “reflect on this,” “reverently contemplating,” and “as I reflect.” It dawned on me I needed to take Shinran’s advice. Making a concentrated effort, I read a small section at a time and tried to deeply think about it. I’d write down questions, sometimes disagreeing, trying to analyze what it meant, and questioning my own motives and feelings.

Some passages I didn’t understand at all, feeling they were irrelevant. I wondered if my preconceived notions were getting in the way. I consulted other sources, such as dictionaries, texts and commentaries, to research words, phrases and passages. Periodically, I’d have an “A-ha” moment. Little by little, I began to understand and get excited by what Shinran wrote.

Shinshu scholar Ryojin Soga became one of my heroes. He exemplifies a person with an inquiring mind. In his writings, Soga Sensei seems always to be asking questions and reflecting on the relevance to himself. He doesn’t make the assumption we’re already “enlightened.” He seems to constantly be reflecting on what he’s talking or writing.

There are times in Soga sensei’s writings when he even questions himself during a talk or changes his train of thought because of an a-ha moment. To me, this shows how he’s truly reflecting and trying to work through concepts, obscure religious thought, and the meaning of symbolism. For Soga, Buddhist writing is never taken at face value, but understood through a language that has relevance to his life. He continually tried to deepen his understanding.

I’m now being guided by teachers from the present and the past. I feel something has changed in me compared to when I started. A journey has its difficulties and disappointments, elation and frustration. Perhaps I’ve grown a little in my thinking. Yet there still are no definitive answers and I haven’t grasp ultimate truth. I can only talk about my journey thus far. I’ll continue being a bombu, walking this path along with fellow travelers.

Mr. Link is a member of the Jodo-Shinshu Shin-Buddhist New York Sangha.