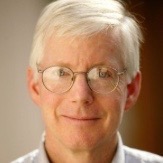 James Fredericks is professor emeritus of Loyola Marymount University and a Roman Catholic priest in Northern California, who has been active promoting dialogue and cross-religious studies between Buddhists and Christians for many years. We recently asked him about his activities and thoughts.

The Pope has promoted a cross-religious dialogue with Buddhists. Please describe the thinking behind these activities.

JF: Pope Francis is calling on Catholics to reach out to those who follow other religious paths and to enter into what he calls a “dialogue of fraternity.” In this kind of dialogue, Catholics and their friends work together in the wider community to promote the common good and human flourishing. This “dialogue of fraternity” is what Bishop Noriaki Ito of North America District Higashi Honganji and I were working on when we met the Pope at the Vatican in 2015. In the United States, Catholics and Pure Land Buddhists live in a country that’s falling apart in various ways and for numerous reasons. I look on this time of troubles as an opportunity for Buddhists and Christians to come together for service.

Buddhism and Christianity seem like two very different religions. What do they have in common?

JF: The late Jan van Bragt spent over 47 years in Japan. Like myself, he was a Catholic priest who came to love Buddhism. Jan would say, “How can two religions (Buddhism and Catholic Christianity) be so similar in their practices and so different in their teachings?”

This is a useful question. Practices that Buddhism and Catholicism have in common include monasticism and clerical celibacy, meditation and chanting (we call it the “rosary”). Catholics have lots of devotions. Buddhists also like devotional practices. We should teach each other about the Blessed Virgin and Kannon Bosatsu. Catholics like going on retreats and commemorating the dead. Funerals also are important. None of this is hard for Buddhists to understand.

On some basic points of doctrine, Buddhism and Christianity contradict one another. I don’t think this should upset anybody. Religious differences are what make interreligious dialogue so interesting. In my work as a theologian, I constantly ask how Buddhist teachings, with all their differences, allow me, and indeed, require me, to think about my Christian faith in new ways.

Christianity and Buddhism are remarkably similar in some ways and remarkably different in other ways. Many people insist “deep down inside, all religions are really saying the same thing.” Obviously, this is not the case. Conversely, why do some people claim Buddhism and Christianity are totally different? This isn’t the case either.

JF: I spent about 18 months in Tokyo as a college student beginning in 1970. I had a ball learning everything I could about Japan. When I moved to Tokyo, I already had started my studies to be a priest. Naturally, I wanted to learn about Buddhism in Japan.

When I lived in Tokyo, I practiced the Tea Ceremony (Cha-no-yu) with a terrific teacher. One of her best qualities was she spoke no English. Communicating on a non-verbal level with my teacher helped attune me to the Buddhist dimension of the Tea Ceremony.

Years later, I studied for a doctorate at the University of Chicago, where I worked closely with Professor Joseph Mitsuo Kitagawa. We worked together on a project comparing Christian and Buddhist thought.

You seem to be specifically interested in Jodo Shinshu. Why?

JF: There are two reasons. The first is purely academic. When I was studying in Chicago, I read about a Japanese Buddhist philosopher named Tanabe Hajime (1885-1962). Tanabe taught at what’s now called the University of Kyoto. He was a nationalist in Japan during the 1930s and early 1940s. Starting in 1944, he realized the enormous immorality of Japanese nationalism. Tanabe’s despair was transformed like ice into water (as Shinran  Shonin would say) when his student, Takeuchi Yoshinori, gave him the Kyogoshinsho to read. Shinran’s masterwork touched Tanabe deeply and gave him profound insight into how grace – what Shinran called tariki (other-power) – brings about a profound conversion of heart (zange). Most Christians interested in Buddhism think of Zen Buddhism. Tanabe made me realize Shinran and his understanding of grace was the key for getting Buddhism and Christianity to encounter one another in greater depth.

The second reason relates to my commitments as a Catholic priest with roots in California. To explain, I’ll tell you about my Aunt Stacia. My great aunt was one of the first social workers in Sonoma County (Northern California). When I was in high school, she told me how she helped the Issei (first generation Japanese Americans) and Nissei (second generation) in the county during War War II. She especially helped them return to their homes after they came back from internment camps. As a kid, I remember her saying, “Thank God for the temple.” She was referring to Enmanji, a Jodo Shinshu temple in nearby Sebastopol, which has been a great source of social capital for the Japanese community for many decades.

I never forgot my aunt’s comment. Japanese American immigrants established Jodo Shinshu temples in California, not only to spread the dharma, but also to protect their communities. This does not need explaining to Catholics and certainly not to a Catholic priest like me. Protecting immigrants—first the Irish, Italians, Poles, and then the Mexicans, Filipinos, and Vietnamese—pretty much sums up the history of the Catholic Church in the United States. Thus, the second reason I’m interested in Jodo Shinshu is because, more than other forms of Buddhism, Shinran’s Buddhism is what the Issei who came to California brought with them from Japan. Implied in what I’m saying is Christians can’t find the dharma in a book. The dharma can only be found in people who are Buddhist.

Do you recommend Buddhists to study Christianity and Christians to study Buddhism? What would be the purpose?

The first benefit of dialogue is a deepening our faith. I taught Buddhism in a Catholic university for about 25 years. I’d begin my course by telling students I wasn’t a Buddhist. I was a Christian and a Catholic priest. I’d also say there’s a great deal I didn’t understand about Buddhism, but that I love Buddhism, adding: “Yes, I’m a Catholic who loves Buddhism, and by the end of this semester, I hope you too will love Buddhism.” I think we should teach students in Catholic universities to love Buddhism. Of all the compliments I received for teaching, by far the best was, “Professor, thank you for a great class. I love Buddhism… and I think I love my Christian faith better as well.”

A second reason Pure Land Buddhists should learn about Christianity is that Shinran has been marooned in Japan and needs to be rescued. Shinran is what we call in Christian theology, a “trans-cultural thinker.” This means he’s bigger than just Japan. Like Augustine or Saint Francis, Shinran’s teachings have universal significance. A good way to appreciate Shiran’s global importance is to place him in conversation with other global, trans-cultural thinkers. In this regard, Christianity is a good dialogue partner. For example, Catholics and Lutherans have argued about the working of grace for centuries. In recent years, dialogue between these two Christian groups has led to deep insights by both sides. What if Pure Land Buddhists joined this conversation? How might Shinran contribute to the thinking of Christians?

Looking forward, how and why do you think Buddhists and Christians should be working more together.

JF: I think we need to take a long-range perspective on this issue. Buddhists and Catholics have the advantage of having a long memory, based on centuries of history. This is useful. We’re entering into a project that will take centuries to mature. We shouldn’t be impatient.

Here’s an example of how we might start. In my parish, we distribute groceries to needy people every Tuesday morning. Of course, accompanying the poor and honoring their dignity is good Christian practice. I’d like to do this Christian practice with Buddhists. Come by my parish some Tuesday morning. I’ll teach you a little Spanish and you’ll do fine with our people. Afterward, let’s all sit down for a little meal. Over lunch, I want the Buddhists and Catholics to talk about their faith and religious practices. Please share with us Catholics what you think about getting food to needy people. How does the truth of the dharma lead to the practice of compassion? Sharing Buddhist insights will really benefit your Catholic friends.