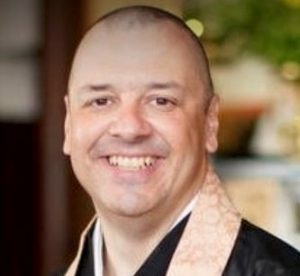 I hear the following questions about Buddhism: “Is there reincarnation?” “What is rebirth?” “Who or what is reborn?” Let me explain according to my understanding in hopes of providing an answer. END_OF_DOCUMENT_TOKEN_TO_BE_REPLACED

Hisako Mori is a second generation Japanese, or Nikkei, who was born in Brazil. Her parents emigrated from Japan to Brazil after World War II.

As a teenager, she felt a typical adolescent rebelliousness towards her mother. Then she met a Jodo Shinshu minister and began looking within herself, rather than outside herself.
END_OF_DOCUMENT_TOKEN_TO_BE_REPLACED