After leaving Salt Lake City, we traveled upstate to Ogden Buddhist Church, south of the historic Mormon city of Brigham.

My buddy, Nishi Honganji minister Rev. Jerry Hirano, and I (Higashi Honganji minister) have embarked on a road trip across America, visiting Buddhist sites, Japanese American historical places, and other interesting sites, traveling during this time of pandemic. The trip began on Sept. 24 from California.

The Jodo Shinshu sangha in Utah began with a service in 1912 with newly arrived Japanese immigrants. They came for work picking sugar beets and working in copper mines. Many of them came from Japan’s Shizuoka and Hiroshima prefectures.

Currently there are three Jodo Shinshu temples in the state: Salt Lake City, Ogden and Honeyville, all of which once had their own resident ministers. Currently, the minister of Salt Lake City, Rev. Hirano, serves all three temples, as well as states surrounding Utah.

In recent years, Ogden has become home to an increasing number of Thai immigrants, who helped build near the Ogden temple a newly established Buddhist temple,  Wat Chaimongkolvararam, dedicated in 2017.

Driving north into Idaho state, we stopped at the site of Minidoka War Relocation Center. During World War II, the United States federal government denying U.S. citizens their civil rights, rounded up Japanese Americans on the West Coast and confined them in “internment camps” far inland in remote places. Minidoka housed more than 9,000 residents, many of them from the Seattle area. 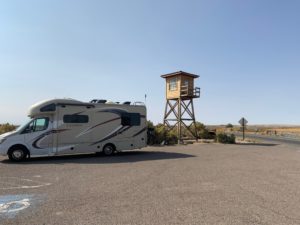 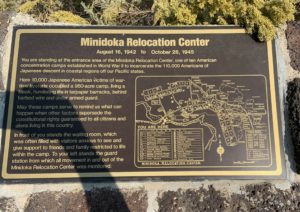 From Idaho, we headed north and stayed in West Yellowstone, Montana. The next morning, we drove through the famous park. 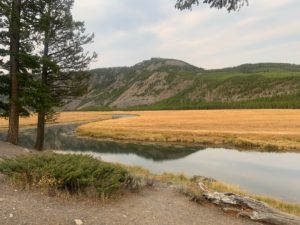 In Wyoming, we visited Heart Mountain, the site of another internment camp, which during World War II housed more than 10,000 residents. 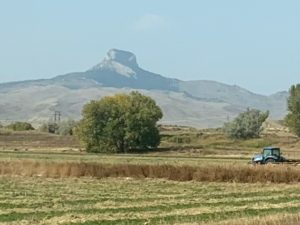 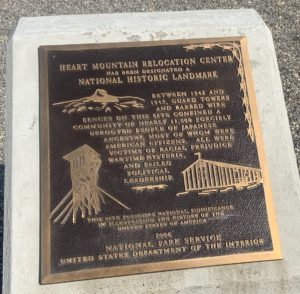 Traveling south, we stopped in Denver, and visited the Denver Buddhist Temple. During World War II, Colorado governor Ralph Carr believed the U.S. constitution protected all American citizens, including Japanese Americans, did not incarcerate them, and instead, welcomed them. Other Japanese Americans from other states joined them and established their lives in the state, including my uncle and aunt. The Denver Buddhist Temple served this community then and now. 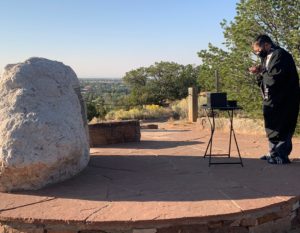 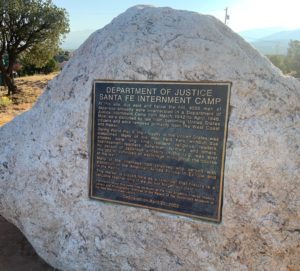 Leaving New Mexico, we drove hours through a stretch of desolate Texas before entering Oklahoma.

In Oklahoma, our first stop was Tulsa and the area known as “Black Wall Street.” It was a neighborhood of thriving Black owned businesses until a mob of white residents burned it down, killing scores and injuring hundreds of people in 1921. 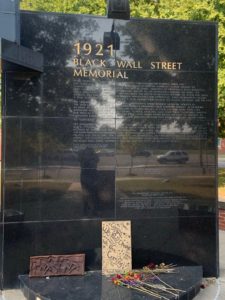 After Oklahoma, we headed for the backroads of Arkansas and wondered where they were taking us, until we reached Rohwer, a tiny town in the middle of cotton fields. Some 8,000 people were forced to live at an internment camp for Japanese Americans during World War II. We fought off mosquitos and endured humid weather in the short time we paid our respects at the site. 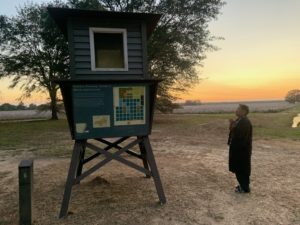 Of course we had to stop in Memphis, Tennessee, to see Graceland, the home of Elvis Presley, well… just for fun. We did pause before Elvis’s grave in the backyard and recited the Nembutsu, “Namu Amida Butsu.” 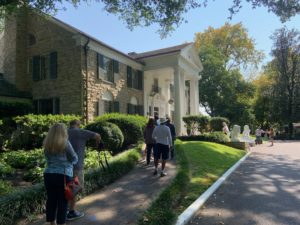 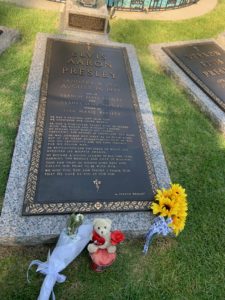 Heading south from Memphis, we drove into Mississippi for the night, where our RV Park had this sign next to the lake. (We decided not to go swimming.) 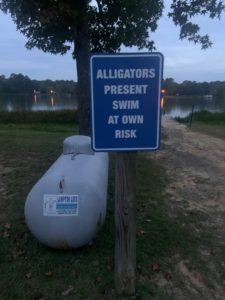 We also visited Selma, Alabama, where in 1965, hundreds of protesters marched across a bridge, calling for civil rights for Black Americans. Led by John Lewis, who later became a prominent U.S. congressman, the group was brutally beaten by police, a scene captured by news cameras, exposing widespread racism and systemic violence. 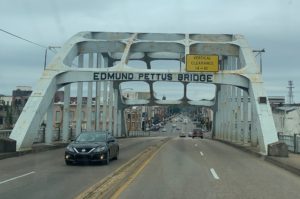 Afterwards a much larger group of 25,000 people marched from Selma to Montgomery, the state capital, led by the Rev. Martin Luther King. Today, monuments mark those important events.

From Alabama, it was east to Georgia and down to Orlando, Florida, where we took a break at Disney World. At Epcot, I spotted this statue in a store. Apparently some tourists think this Buddha grants wishes in exchange for money. 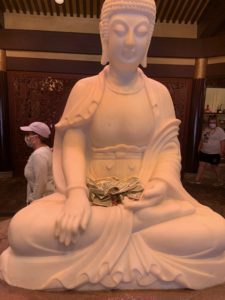 It’s been three weeks and the journey continues… 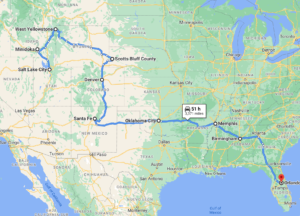 Roadtrip: Nembutsu Across America (Part One)